Cayce is going to say really neat and cool stuff here....
If he can stop playing games long enough to actually do it.

Also, just so you have something to do while you wait for Cayce to update here is a little game for you to play.

Or maybe you could even go check out the page he does seem to care about. (He doesn't like me! He never liked me! I am old fashion) 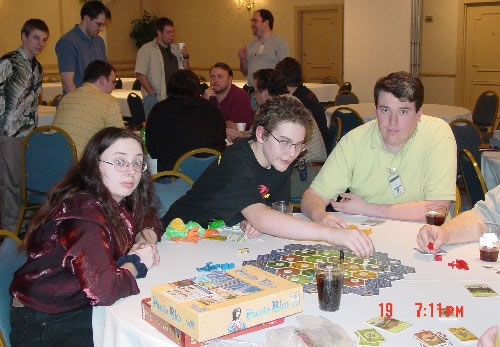 Please note that Cayce is not updating his website in this picture.

And here he is while on vacation in VA in 2004.
At this point he has spent a full week without access to a computer.

He survived that, but just barely.

He said that he was going to use this week to update his webpage, but the lack of computer prevented it. 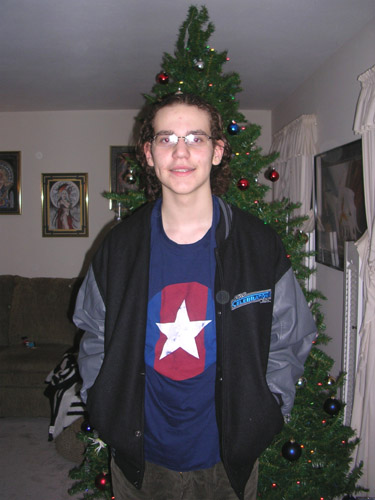 Cayce is styling and profiling in his new City of Heroes t-shirt and his StarWars Celebration Jacket.

He also got a Nintendo DS. It is his friend. It knows his name, nickname and birthday.

It can also kick his butt in every game he tries, but since it is his friend it lets him win occasionally.

And this is Walker, his other friend.

I foresee a move in the near future for Cayce, and not just from the couch to the refrigerator.
Nope, he is going to move to a new city. Luckily he has lots of friends there already.
He has always wanted to be a Pirate and at last he will get his chance. Maybe he will get lucky and Pirate Bob will show him the ropes.

Here is a picture of Cayce over his 2005 Spring break.

At this time he is deep into the Positron mission in City of Heroes and can't spare the time to update his website.